Rebounding from the Impact of Multiple Sclerosis: The Champlin Family’s Story 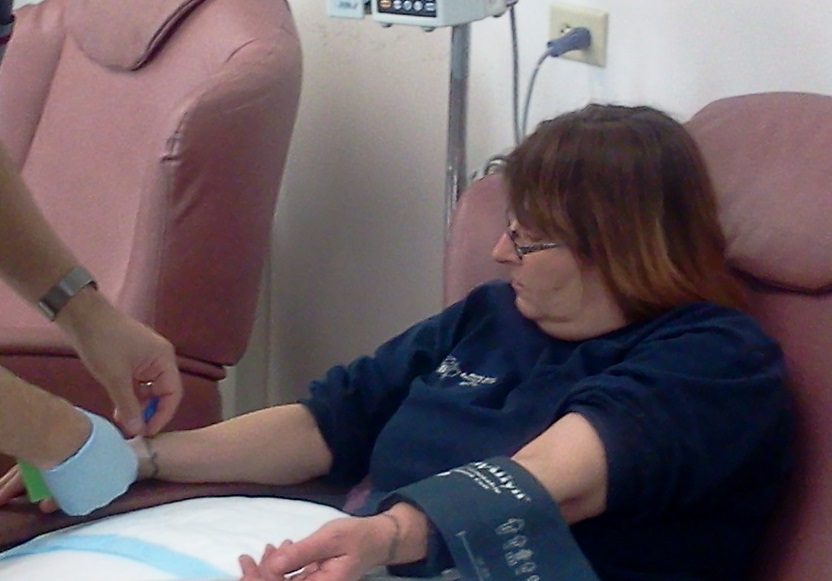 Life has not been the same for Dee Champlin, her husband Mark and their two sons since Dee was diagnosed with multiple sclerosis (MS) in 2008. The disease has imperiled Dee’s vision, severely limited her walking and weakened her memory and speech. But she and her family have always found ways to bounce back.

Symptoms such as sensitivity to hot weather, temporary numbness and joint pain had been growing more and more common for Dee beginning in 1988. But, as with many MS patients, it was eye problems that ultimately led doctors to the MS diagnosis 20 years after her symptoms first appeared.

In one crisis, Dee suddenly began slurring her speech and drooling. Hours later, vision in her left eye started disappearing under what she described as a dark veil. A series of three ophthalmologists assessed the problem before determining she had bleeding inside the eye. This led to MS testing. Four tests, including an MRI and a spinal tap, all came back positive for MS, revealing 14 lesions on her brain at the time.

Mark describes a moment during one of Dee’s hospitalizations when he shifted from a negative attitude to a positive one that still guides the family.

Their challenges had hit him “like a punch to the gut,” he said. “Why us?” he thought. “Everything changed so fast. But then I thought, eventually we are going to get out of this hospital and go home. Things could be so much worse. With all the bad things that are happening to Dee, I don’t want to deal with my own negative attitude.”

That outlook has allowed the Champlins to absorb many changes in their lives as they cope with Dee’s health. Mark had been a self-employed truck driver but sold his semi and changed jobs to be near home after Dee had two health emergencies while he was on the road.

The couple moved from Nebraska to Lockport, N.Y., outside Buffalo, to live closer to their family for more support. Mark began working an overnight shift so he would be available to accompany Dee to medical appointments during the day.

They have both learned that MS produces good days and bad days. And on any given day, they know their plans may change, as Dee’s physical condition may vacillate from morning to afternoon.

Their sons, ages 7 and 2 when Dee’s illness was finally diagnosed, have adapted too. They pitch in at home, help out with laundry and even endure a dreaded chore — washing dishes — when their mom needs it. Their parents are attentive to addressing the boys’ concerns about Dee. They speak openly with them, but still encourage their kids to truly be kids with as normal a life as possible.

The Champlins’ latest rebound was receiving a HealthWell grant that allowed Dee to resume treatment with the only MS medication that has ever made a difference for her. Earlier, after two years of this treatment with daily injections, she received a letter from her insurance provider saying her drug costs had already exceeded the plan’s lifetime maximum. The letter concluded with this line: The cost outweighs the benefits. “I’ll never forget that as long as I live,” Mark said.

Despite the complex and intensive medical care Dee has been through, the family takes comfort in knowing that Dee’s form of MS is not fatal and that they can continue fighting it. Returning to a previously effective drug should give Dee a better quality of life.

“So many find out they have a disease that gives them literally weeks or months to live,” Mark said. “They don’t get the ‘opportunity’ to push their loved one around in a wheelchair for the next 30 years. Luckily, I do!”

To read this on the RWHC Blog, click here.