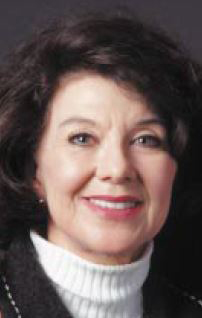 Editor’s Note: Recognizing National Porphyria Awareness Week this week, we invited Desiree Lyon, the Executive Director of the American Porphyria Foundation (APF), to share how her organization is supporting research that improves treatment and ultimately seeks a cure for this rare disease. Patient advocacy groups addressing rare diseases play a particularly important role in fostering research into their disease states. Because rare diseases affect small numbers of patients, finding enough people for research studies can be difficult. The number of experts studying the illness is small. The largest sources of medical research support — government and industry — put far more money into studying widespread diseases because of the potential to help so many patients live longer and enjoy a higher quality of life. APF is an example of a rare disease community that is working in many ways to overcome these challenges and provide hope for patients and families.

The American Porphyria Foundation (APF) has been instrumental in facilitating porphyria research for over thirty years. Porphyria is a group of at least eight disorders in which normal body chemicals accumulate abnormally, with symptoms that arise mostly from effects on either the nervous system or the skin. Porphyria affect fewer than 200,000 people in the United States, making it a rare disease.

As with other rare diseases, only a few doctors and medical centers have expertise on porphyria, making collaboration among patients, clinicians, researchers, patient advocacy groups and caregivers even more important than with other diseases.

The collaborative relationship with our Scientific Advisory Board of porphyria experts is vital to the success of our research projects. This relationship became even more productive when the APF and the experts formed the Porphyria Research Consortium, which was funded by the NIH Rare Disease Clinical Network.

Together, the APF and our Porphyria Research Consortium formed the National Porphyria Research Registry. The APF prepares patients who may be considering participation in a clinical trial by educating them on the value and process for trials, introducing them to the investigators, and encouraging them to join the Registry. We reduce patients’ fears and provide reassurance about the Registry, clinical trials, the expertise of the researchers and the merit of the research by publishing articles on the APF website, in newsletters, internet E-news and social media, including Facebook, Twitter, and blogs.

Another unique and successful collaboration to locate and register research participants occurs at APF patient education meetings held around the country. Porphyria experts volunteer for these gatherings to make presentations, answer questions, register patients for their research and often collect DNA samples.

The Porphyria Research Consortium and the APF are collaborating on eight clinical trials, including one on a powerful treatment for the acute porphyrias cleared by the FDA thirty years ago as the first Orphan Drug. Since the APF is aware of most people who are using this treatment, we have been instrumental in locating participants for the clinical trials and advancing the research.

Also important to our research efforts are the young physicians, who participate in the Protect the Future (PTF) program, an APF supported mentor project to train the next generation of porphyria experts and scientists so they are well versed in both the clinical and basic science of the porphyrias. PTF physicians serve as clinicians at APF-funded “satellite clinics” where patients are given the opportunity of visiting a physician with porphyria expertise, while the PTF physicians gain a new pool of research patients.

Foundations like the APF are critical to enhancing awareness of rare diseases. Are you involved with a rare disease Foundation like the APF? If yes, let us know what you’re doing to raise awareness in your disease community by leaving a comment below.

To read this on the RWHC blog, click here.