Where Does NASH Stand on the Global Public Health Agenda?

This week, Real World Health Care continues our series on Non-Alcoholic Steatohepatitis (NASH) by featuring an interview with Donna Cryer, JD, president and CEO of the Global Liver Institute (GLI). Cryer founded the GLI on the 20th anniversary of her liver transplant due to an autoimmune disease. Today, four years later, GLI stands firm in its mission to improve the lives of individuals and families impacted by liver disease by promoting innovation, encouraging collaboration and scaling optimal approaches to help eradicate liver disease.

A Vision for Liver Health

Real World Health Care: What was your vision when you set out to create the Global Liver Institute? 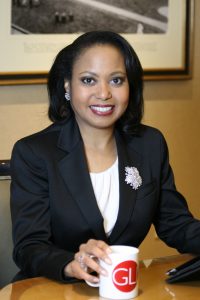 Donna Cryer: The GLI was designed to be patient-centric from the start. I wanted to make sure that other liver disease patients had access to the type of innovations and treatments that saved my life. At the time, I didn’t see a lot of awareness around liver disease and liver health. There was a stigma attached to having liver disease, and there still is to a degree.

Our vision is for liver health to take its place on the global health agenda commensurate with its prevalence and impact. Half a billion people have liver disease, but the public health agendas for research, policy, and public knowledge and support don’t reflect the scope of the disease.

We want to change the culture around liver disease to reduce stigma, change policies so patients have better access to care, and change health care delivery systems and reimbursement frameworks so new treatments get to the patients who need them.

We also want patients and their families to become better advocates so they can work more effectively to raise visibility and help change policy. To that end, we recently created an Advanced Advocacy Academy, which connects liver patients and family members with the information, skills and opportunities they need to effectively advocate for liver health.

RWHC: How does the GLI’s NASH Council help support patients with this advanced form of fatty liver disease?

DC: NASH is unique, partly because there are none of the underpinnings we typically see for other disease states. While research is starting to progress, the NASH patient community lacks education materials, support groups, and awareness efforts — despite the fact that one in four people around the world are estimated to have some form of fatty liver disease and 16 million people in the United States have NASH.

We created our NASH Council to fill that gap and to help define the NASH community more broadly than has been done with other liver diseases. Because NASH and other fatty liver disease patients often have concurrent metabolic conditions, NASH advocacy can’t exist in a silo. That’s why our NASH Council is reaching out to the obesity, diabetes and cardiovascular communities and conducting workgroup calls focused on patient education, clinical workflows and policy. Our 50-member council includes organizations with exponentially large reach, including the American College of Physicians and the American Heart Association.

Our latest efforts center on determining lifestyle interventions for NASH patients. We’re working with physicians in hepatology, diabetes, cardiovascular and primary care to delineate how and by whom patients with NASH and other fatty liver diseases can be diagnosed earlier and referred to the appropriate specialist in a timely manner. Truly integrated care can’t come fast enough.

RWHC: Why is early screening so important for NASH patients?

DC: If fatty liver disease is found early, before it has a chance to cause significant fibrosis, the disease can be effectively reversed through lifestyle interventions, such as losing seven to ten percent of your body weight. Unfortunately, most NASH patients are diagnosed in advanced stages of the disease, when fibrosis and cirrhosis have caused extensive cellular damage. At that point, the only treatment option that currently exists is transplantation, which isn’t feasible for this large patient population; there just aren’t enough organs to go around.

Currently, the only way to truly define NASH is through a liver biopsy, which is both invasive and risky. In addition, because a biopsy may not capture the affected portion of the liver, it can’t be considered a gold standard. Screening therefore needs to include metabolic syndrome risk factors and non-invasive technologies such as imaging and liver enzyme analysis.

RWHC: Are there any screening or treatment approaches on the horizon that give you hope?

DC: In terms of screening, there are many existing imaging technologies and several more in development including large validation efforts by NIH in the US and consortia in the UK/Europe. One strategy that holds promise is simple: Moving existing hospital imaging capabilities into diabetes clinics. Just roll them down the hall! This would help to speed diagnosis for the estimated 80 percent of Type 2 diabetics who have fatty liver disease.

In terms of NASH treatment, there are several transformative candidates currently in Phase III trials that should be approved within the next year. This development is particularly exciting because the various therapies target different mechanisms. Some directly reduce fibrosis, while others reduce fat accumulation or overall inflammation. Some candidates address more than one mechanism, which will allow for greater therapy personalization and greater likelihood that a therapy will be effective for a wide population.

Therapies for fatty liver disease represent one of the most robust innovation areas in health care today. At a time when so many diseases still do not have cures, this outpouring of research holds hope and promise for liver patients like me.