The U.S. Department of Veterans Affairs (VA) and the Parkinson’s Foundation have teamed up to improve the health, well-being and quality of life of veterans living with Parkinson’s disease. The collaboration is designed to ensure that veterans diagnosed with Parkinson’s have access to the information and resources they need to better manage their health.

According to the Parkinson’s Foundation, about 50 percent of veterans are 65 or older, an age that puts them at greater statistical risk for Parkinson’s, which typically presents symptoms at age 50 or older. Moreover, many veterans have been exposed to environmental risks and traumatic brain injury, both of which carry a correlation with Parkinson’s. Of the approximately 1 million people in the U.S. with Parkinson’s, about 110,000 are veterans.

Closing the Gaps for Veterans with Parkinson’s Disease 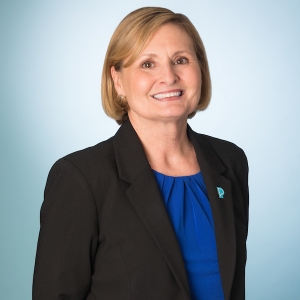 “We’ve found that veterans are not always aware of the Parkinson’s-related resources and services available through the VA, which leads to them being underserved in terms of health care access,” explained Veronica “Ronnie” Todaro, executive vice president and chief operating officer, Parkinson’s Foundation. “Our partnership with the VA is designed to improve our understanding of priorities so we can fill those gaps. We want to make sure Parkinson’s is identified early so that people can engage with providers who have experience with the disease as well as have the information they need to best manage their PD.”

Todaro suggested that veterans and their loved ones can start by visiting the VA’s online resource to learn more about their Parkinson’s Disease Research, Education and Clinical Centers (PADRECCs), which are located around the country and are staffed by internationally known movement disorder specialists, neurosurgeons, psychiatrists, researchers, social workers and other Parkinson’s experts. PADRECCs can assist veterans in effectively managing Parkinson’s and other movement disorders by way of VA pharmacy benefits; physical, occupational and speech therapies; medical equipment; surgical services; and other valuable resources. The Parkinson’s Foundation also has information for veterans on its website including targeted resources for the newly diagnosed and tools and resources for care partners.

“Multi-disciplinary care is critically important to people with Parkinson’s and is a priority of both the VA and the Parkinson’s Foundation,” Todaro said.

The economic burden of Parkinson’s disease is nearly $52 billion every year, according to a recent study. Todaro noted that the Parkinson’s Foundation partnership with the VA will help to address the cost impact on veterans and their families by ensuring those with the disease are aware of various resources and benefits available.

“Veterans need to be aware of all of their benefits, including those that come from having a service-related disability,” she concluded. “As a Foundation, we are committed to addressing issues relating to cost, including non-medical costs such as missed work, lost wages, forced early retirement and family caregiver time.”

The Parkinson’s Foundation makes life better for people with Parkinson’s disease by improving care and advancing research toward a cure. For more information, visit www.Parkinson.org or call the free Helpline at 1-800-4PD-INFO (473-4636).