What If You Want Politicians to Get Moving But You Can’t Move?

Editor’s Note: This MS Awareness Week, we are pleased to feature a guest post by Neil Cavuto, Senior Vice President and Anchor, Fox News and Fox Business. Mr. Cavuto is an inspiration to many people living with multiple sclerosis, and he shares his perspectives on triumphing over the disease. 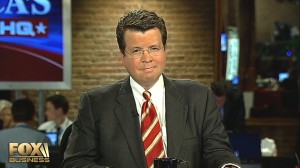 Perhaps the most maddening thing about having MS when you’re a TV anchor is that some days it hits you when you’re on TV and you’re “trying to anchor.” You’re trying to be on top of your game, but your body is playing games with you. That’s when “anchor” takes on a whole new meaning…not what I am on television, but the dead weight I’ve become in reality.

It’s at those times when I can’t move, that I often feel moved to explain to viewers, “it’s not me, it’s the MS.” It’s not me forgetting that guest’s name, it’s an exacerbation hitting my brain and causing me to forget that guest’s name. It’s at those times I lose my train of thought, that I question how thoughtless MS is. That’s when this illness hits home – when I just want to hit back, but can’t. This MS Awareness Week, it’s about reminding folks what it feels like to be…weak…to be vulnerable, to simply be unable to do the simplest things.

I can’t tell you the number of people who stop me and ask how I get through such moments. Fortunately, they’re moments, I answer. But sadly, sometimes very long moments. The one remarkable aspect of MS is how it quickly schools its victims to adapt…or perish. We either have to adjust to its wild, sometimes vicious swings, or face a life constantly succumbing to each and every progressive or remittent reminder.

That’s easier said than done, of course, but after more than 15 years of dealing with this, for me, it’s come to this: mind over matter. No matter what’s going on with your body, tell your brain it doesn’t matter. For me, the regimen for dealing with MS has been pretty much the same – once-a-week self-injections of Avonex, Biogen’s great elixir for slowing the progressive attacks, or at least, limiting their severity – over time.

But that doesn’t mean things don’t come up, and problems and complications still develop. For me, they’ve been everything from days-long blind spots that require me to “wing” my news copy on air…to allowing more time to make it to the news set, because I simply cannot walk.  I long ago concluded I cannot control these attacks – neither their frequency nor severity. But I “can” control how I react to them. That’s why I always try adapting and reasoning in my head that if the left eye goes out, coordinate better use of the right eye. The left arm weakens, get fairly competent enough with the right arm. These adjustments aren’t easy or fast but they certainly are now routine. That’s good for me, but it was hit and miss for years, perfecting this behavior for me.

I’m better at it now, but my nickel-and-dime advice for MS sufferers everywhere is, it’s a day at a time now…always. Part of doing what I do is understanding how I can keep making my body do it, even when it’s not cooperating. I mentioned how I often memorize copy and whole segments of my show in my head, for those moments I lose my vision. But there’s much more to it than that. After all, that’s fairly easy when I’m the one writing my shows…I kind of remember what I said. But it’s also about maintaining my physical energy, and that means denying the very progression of the disease itself.

Each and every morning, no matter what, I exercise my legs – certainly no Olympian workout – but on a treadmill or stationary bike, doing what I can to keep these legs going, even when they’re not cooperating. I’m forever panicked that someday they’ll simply fail, and then I’ll be a cripple. I fear that day is coming. Some neurologists warn me that given the progressive nature of my MS, it “will” be coming. But I fight like hell to push that day off. If I can pass along any advice at all, it is simply that – to simply never accept a prognosis as is. Fight it. Challenge it. “Will” yourself over it. Many doctors say it’s a naïve approach to the disease, but attitude counts a lot for me with MS, as it did for me two decades ago when I was battling advanced Hodgkin’s Disease. Then, as now, it was about one day at a time, and staying optimistic and positive all the time.

One of the things I’ve discovered about people dealing with illnesses is that sometimes they think they’re the only ones dealing with pain. There’s a natural self-absorption to that and to them, and when you throw in a guy who wears makeup and counts on viewers liking him, there’s a damn-near “fixation” to it. That’s not to say MS patients shouldn’t ask for support and understanding, they just shouldn’t demand it. As I’ve said many, many times, on the air and off, it’s not your spouse’s fault you have MS, or your kids’ fault, or your boss’s fault, or your colleagues’ fault. We may be surprised the world isn’t always understanding or caring or nurturing. But I’ve discovered all of us in life, bear some cross in life. Some are obvious. Some aren’t. But all do, if not at the time we literally first bump or trip into them…eventually.

I want that to be our greatest awareness this week – that we are not weak, that we are not victims, that we are not handicapped. We are challenged, yes. But we are up to the challenge. It might sound crazy to say that I’m grateful for MS, and grateful as well for having had cancer…but I am, and here’s why. It’s made me a better person, a better father, and a better husband. Now, I don’t know if viewers hearing my constantly compromised scratchy voice agree it’s made me a better anchor on TV. But “I” know it’s made me a more complete soul…just appreciating the fragility of life. That’s why I never take it for granted and have a healthy respect for just appreciating your health…compromised as it is. Because it sure beats…the alternative.

Make this a meaningful MS Awareness Week by promising never to stop seeing the strength that comes from being…weak.