Social determinants of health (SDOH) have long-term, far-reaching, and not always obvious ramifications in people’s lives, including their risk for Alzheimer’s disease and related dementias (ADRD). These disparities were made clear by a 2020 report issued by UsAgainstAlzheimer’s and the Urban Institute.

The report found that deep social inequities – in income, health insurance status, education and more – exist in U.S. counties highly impacted by Alzheimer’s among Latinos and Blacks. According to the report, these SDOH are “under-recognized and under-appreciated in our national response to effectively treat and prevent Alzheimer’s.”

The effects of these SDOH are reflected in studies of Alzheimer’s prevalence rates, which indicate that 18.6 percent of Blacks and 14 percent of Hispanics age 65 and older have Alzheimer’s, compared with 10 percent of white older adults.

Racial disparities continue in diagnosing Alzheimer’s. A recent National Institute on Aging (NIA) study found that, although Blacks are 1.5 to 2 times more likely than whites to develop Alzheimer’s, they are 35 percent less likely to be diagnosed with the disease when participating in Alzheimer’s research studies. 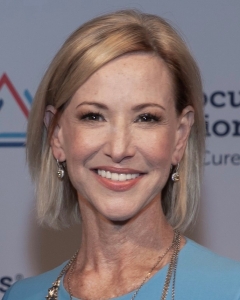 “These diagnosis disparities are only a small part of the story because there are so few Blacks and Latinos engaged in research,” said Nancy Lynn, senior vice president, Strategic Partnerships, BrightFocus Foundation. “In fact, they currently make up less than 10 percent of all active participants in ADRD research studies and clinical trials.”

A Call for Inclusivity

Lynn estimates that by 2030, more than 40 percent of those with Alzheimer’s will be Black and Latino. She said it is imperative for clinical trials to better represent these underserved communities moving forward. BrightFocus, which is currently managing a $36 million global portfolio of over 150 Alzheimer’s research projects, is working to narrow racial and ethnic disparities in Alzheimer’s research. One way they are doing so is by removing obstacles minority researchers may face when applying for research grants.

To help more researchers of color enter the Alzheimer’s research pipeline, BrightFocus is providing travel fellowships for minority researchers to attend Alzheimer’s research conferences and fast-track workshops. In addition to the travel fellowships, BrightFocus is reaching out to Historically Black Colleges and Universities (HBCUs) to make them aware of research grant opportunities.

“The best science and most novel ideas can come from anyone, anywhere, regardless of the researcher’s nationality, ethnicity, race or gender,” said Lynn, who noted that BrightFocus is working with a range of organizations in government, industry, academia, and local communities to address barriers to participation in clinical research.

To help raise awareness in underrepresented communities about brain health, Alzheimer’s, and the opportunity to participate in research trials, BrightFocus recently launched Brain Info Live℠, a series of free, entertaining, interactive online programs customized for diverse communities across the U.S. The Foundation is working with local community leaders and partners to tailor the information and resources in these live-streamed programs to various racial and ethnic cultures. The effort is designed to create a sustained dialogue about Alzheimer’s and clinical trials – one that builds trust over time among community members, families, clinicians, researchers, and other health professionals.

“We need to recognize that frightening historic abuses by the medical establishment are not forgotten by communities of color,” Lynn said. “To rebuild trust, we need to listen and validate those experiences. We need to give back first – information, services, time – before we ask these communities to participate in research. All people want to see themselves represented in the health care setting. Historically, however, most clinical trial recruitment outreach was done depicting white men in white coats standing in front of white boards.”

To step away from this model, the Brain Info Live programs feature a local “cast” of individuals who reflect the race and ethnicity of others in their community. For example, one early episode targeted to the Boston area featured Mike Kincade of the Massachusetts Alzheimer’s Disease Research Center, who is Black and active in local research diversity outreach, as well as Bernice Osborne, a Black woman who shared her experience as an Alzheimer’s caregiver successively for both of her parents.

“We work closely with local organizations and community members to help us identify content and approaches that will really provide benefit to, interest, and motivate people from different neighborhoods,” Lynn said. “There is no cookie-cutter approach here, even among seemingly homogenous communities. It’s clear, for example, that a Latino person who lives in Boston and comes from the Dominican Republic has different and unique cultural touchstones than a Latino of Mexican background living in San Diego or a Latino of Cuban background living in Miami.”

Each Brain Info Live session features an “At the Movies” video segment, with clips from multi-lingual films and TV shows with Alzheimer’s story lines that are relevant to the topic of the session.

“People learn and develop trust in messaging by being entertained, so the concept of ‘edutainment’ is central to our efforts and is much more appealing and retainable than a scientific lecture,” Lynn said.

Initially launched in September 2021, Brain Info Live streams new episodes in various regions across the U.S. every three weeks. Prior episodes are archived for on-demand viewing. Future plans include live events and allowing partners, social services agencies and health care providers to “white-label” the programs for use in their own communities.

BrightFocus also hopes to use Brain Info Live as an entry point to on-the-ground efforts targeted to regions in which minorities face high burdens accessing Alzheimer’s research opportunities and care. As an example, Lynn pointed to the Rio Grande Valley in Texas, where there is a high prevalence of the disease among Latinos, according to the National Alzheimer’s Disease Index™.

“Our goal is to offer long-term, sustained support to these communities, starting with programming through Brain Info Live, then moving to memory screenings, clinical trials at local clinics, and additional efforts to make access to care more equitable,” Lynn concluded.