Can You Be Too Young to Get Parkinson’s Disease?

The majority of people who get Parkinson’s Disease (PD) are over the age of 60. However, 10 to 20 percent of the 60,000 people diagnosed every year in the United States are under age 50 and about half of those are diagnosed before age 40. 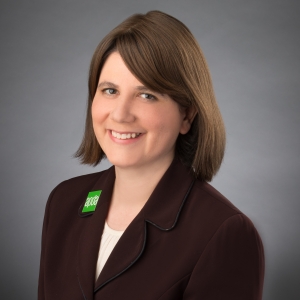 Because PD is typically associated with older individuals, the disease is often overlooked in younger people, according to Rebecca Gilbert, MD, PhD, Chief Scientific Officer for the American Parkinson Disease Association (APDA). She said that that can lead to many being undiagnosed or misdiagnosed for extended periods of time.

“We don’t yet have a prevention or cure for Parkinson’s, so a later diagnosis does not mean missing out on any curative therapies,” she said. “However, knowing you have the disease as early as possible gives you a leg up in terms of educating yourself, understanding how the disease progresses and learning the benefits of neuroprotective exercises that can also ease symptoms.”

What is Early Onset Parkinson’s Disease?

Early onset PD (also called young onset PD) is diagnosed between the ages of 21-50. While symptoms of the disease are mostly the same at whatever age PD develops, younger people experience the disease differently due to their unique life circumstances. Disease progression is usually slower in younger than older people because younger people have fewer general health problems and are more capable during physical therapy treatment. Other problems associated with PD, such as memory loss, confusion, and balance difficulties also tend to be less frequent in young people with the disease.

Symptoms of young onset PD are similar to those of older-onset disease and include motor or movement symptoms such as:

“Younger people may only notice one or two of these motor symptoms, especially in the early stages of the disease,” Dr. Gilbert said. “And these symptoms don’t necessarily mean that you have Parkinson’s. In most cases they don’t. Tremor often raises concern, but many other conditions can cause tremor. A good rule is if you develop a new symptom,  go see your doctor and get checked out.”

According to Dr. Gilbert, while PD tends to progress more slowly in younger people, managing the disease can be particularly challenging from a psychological and social standpoint.

“Younger patients may be dating, or have young families, and are building their careers,” she explained. “All of a sudden, they are grappling with something that nobody else at their stage of life is familiar with. It can be incredibly isolating. But it’s important to realize that a PD diagnosis is not the end of their life. With the right perspective and support, they can continue to work, support their families and engage with friends and loved ones.”

Dr. Gilbert recommends that once diagnosed, patients start building a care team headed by a neurologist – ideally a movement disorder specialist. Other key members of a PD care team include physical and occupational therapists to help maximize fine and gross motor skills; a speech pathologist to work on soft or garbled speech; and a dietician to address dietary changes, weight loss and constipation.

Dr. Gilbert said it’s also important for people with Parkinson’s – especially those with early-onset disease – to find comfort and a sense of community from people like themselves. She recommends visiting the APDA website for information on local chapters and information and referral centers that can help people find local resources and support groups for those with early-onset PD.

Share Your Story is another APDA resource and is a good way to learn how others with early-onset PD – like, Katja, diagnosed at age 46 – deal with their challenges. Additional insights for those with young-onset disease and their loved ones can be found in a recent APDA “Dr. Gilbert Hosts” online conversation in which she spoke with four inspiring individuals who are living with the disease.

“Their stories show the power of peer support, the importance of maintaining a positive attitude, and the promise of a path forward for a fruitful life as they live with PD,” Dr. Gilbert said.