Welcoming 2020 with New Insights for Patients with Chronic Diseases

The HealthWell Foundation is proud to be a founding sponsor of Real World Health Care. Since 2013, Real World Health Care (RWHC) has brought you compelling content on health care issues facing Americans. From features on the people, programs and products changing the way health care is delivered, to interviews with leading researchers and clinicians, to profiles of patient advocacy organizations, RWHC has provided valuable insights and information to those interested in both the current state and future of health care. 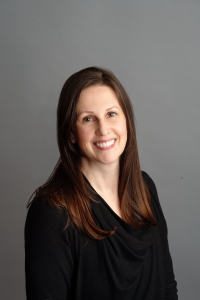 As in previous RWHC series, we will be shining a spotlight on organizations and individuals who are dedicated to supporting patients and championing the research needed to improve health outcomes.

An Inside Look at Patient Communities

ALS is a progressive neurodegenerative disease that affects nerve cells in the brain and the spinal cord. It progressively affects voluntary muscle action, leading to the potential of total paralysis in patients at the later stages of the disease. ALS usually strikes people between the ages of 40 and 70, and it is estimated that at least 16,000 Americans have the disease at any given time, with more than 5,000 people newly diagnosed each year.

What is Macular Degeneration?

Macular Degeneration is an incurable eye disease that is the leading cause of vision loss, affecting more than 10 million Americans. When the disease progresses, people experience wavy or blurred vision, and if the condition continues to worsen, central vision may be completely lost. People with very advanced macular degeneration are considered legally blind.

What are Movement Disorders?

Movement disorders are a group of nervous system (neurological) conditions that cause abnormal increased movements, which may be voluntary or involuntary. They can also cause reduced or slow movements. There are several types of movement disorders, including (but not limited to):

One of the newest cancer treatments available to patients today is CAR T-cell (Chimeric Antigen Receptor T cell) therapy. CAR T-cell therapy uses a patient’s own cells and re-engineers them to fight cancer. It is a complex and costly treatment that is only offered at some major cancer centers and often causes very severe side effects. Most patients treated with this personalized immunotherapy have been people with blood cancers.

Conditions like ALS, macular degeneration, movement disorders and cancer can have a significant impact on patients, their families, friends and entire communities. Real World Health Care seeks to be a source of information and inspiration for everyone touched by these chronic and life-altering illnesses.

I invite you to become part of our community and support patients in need by following RWHC as we cover these topics throughout 2020. Click the Subscribe button on the right side of this page to be notified when new posts publish. You can also follow us on Twitter @RWHCblog.

We want to hear from you! If you are a patient or are working with an organization that supports these patient communities, please let us know. We would be delighted to share your story with our subscribers. Contact us today.