The Importance of Being Tested for Hepatitis

I remember the first time I was tested for hepatitis C virus (HCV). It was shortly after I tested HIV positive in 1992. I found out I was living with HIV the day after my 22nd birthday. After the initial shock, I soon started seeing an HIV specialist for my health care. He recommended that I get tested for a whole bunch of other things, which included hep C. 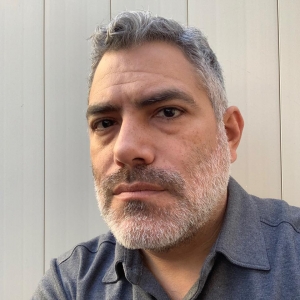 Not only was I new back then to HIV and HCV, so was testing itself. The first HIV test was introduced in 1985 and the first test for HCV was in 1990. I got a confirmatory HIV test, which came back positive. My HCV test came back negative. I was not living with hep C. In those days I was grateful for any good news, so I celebrated being HCV-free.

However, I did not take being HCV negative for granted. Although I had never gotten a blood transfusion or used injection drugs, I was a sexually active gay man. That alone put me in a risk category for hep C. Studies over the years have only further supported the fact that HCV can be sexually transmitted. Getting tested regularly for hep C became routine for me.

A Reason to Test for Hep C

In addition to being gay, I am also Latino. I had no real understanding when I first tested for HCV just how much being a person of color also gave me a reason to test for hep C. Now as editor-in-chief of Hep magazine and HepMag.com, I am all too aware how people of color continue to be disproportionately affected by viral hepatitis, especially hep C.

Of course, viral hepatitis is broader than hep C. The two other common viral causes of hepatitis are hep A and B. While hep A is often associated with food and isn’t generally deadly, hep B is a killer. Although African Americans had similar hep B case rates compared with whites in 2016, they were 2.6 times more likely to die from hep B than whites.

A Cure for Hep C

For decades, both hep B and C had no cure. That changed for hep C in the 1990s with the introduction of combination therapies that cured the virus. The initial cures were harsh for most people, but newer cures became available starting in 2014 that are highly effective and easier to take. Researchers are getting closer to a hep B cure, but are not there yet.

Hep B does have effective treatment which, until there is a cure, must be taken for the rest of the patient’s life. The same is true for HIV. Since I’m already taking HIV treatment, I didn’t want another such situation. To that end, years ago my doctor recommended that I get vaccinated against hep B. Unfortunately, my immune system didn’t respond, so I’m still susceptible to hep B.

The prime suspect for my inability to respond favorably to the hep B vaccine is HIV. The interconnections of HIV with viral hepatitis keep rolling on. Most importantly, people living with HIV in the United States often have coinfection with hep B and C. About a quarter of those with HIV also have hep C and about 10 percent of people who have HIV also live with hep B.

Routine Testing Should be Standard

There are more than three million people living with hep C nationwide and over one million with hep B. There are also more than one million who have HIV across the country. Too many people, regardless of their demographics, are unaware of their viral status. Routine testing for all these conditions should be standard. Treatments and the chance at a cure make testing worthwhile.

As I mentioned, both HIV and hep B have effective treatments and hep C even has an easy-to-take cure. Nonetheless, access to treatment or a cure remains far from affordable for countless people in need. Whether it’s no health insurance or inadequate health insurance, cost doesn’t have to get in the way of saving lives. Organizations like the HealthWell Foundation can help underinsured individuals living with hep C cover the cost of their medication treatments or insurance premiums through their Hepatitis C Fund.

In the United States, the month of May is Hepatitis Awareness Month and May 19 is Hepatitis Testing Day. Increasing knowledge of all kinds of viral hepatitis is an overall goal. However, raising awareness about both hep B and C is a specific goal. Everyone should get tested for viral hepatitis, but especially people living with HIV and people of color. Get tested today!