Placing Communities of Color at the Forefront of Hepatitis C Elimination

First identified in 1989, the hepatitis C virus (HCV) kills thousands of people in the United States each year. An estimated 2.4 million Americans live with chronic hepatitis C infection, which if left untreated can result in serious, even life-threatening health problems like cirrhosis and liver cancer.

While HCV knows no boundaries of age, gender, race or ethnicity, its outsized impact among communities of color and other marginalized groups is a cause of concern, according to Daniel Raymond, director of policy for the National Viral Hepatitis Roundtable (NVHR). 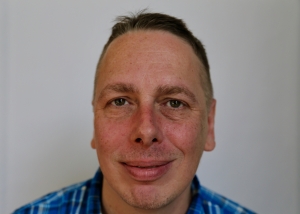 “When we look at the data for hepatitis C, we see several patterns emerge in terms of disparities among communities of color,” he said. “This is especially the case among African Americans, Latinos and Native Americans.”

Hepatitis C in the Latino Community

Hispanics and Latinos have faster liver disease progression rates, are more likely to be coinfected with HIV, and contract HCV at an earlier age. They also have a higher HCV mortality rate – nearly two times that of whites.

The American Indian/Alaska Native (AI/AN) community has a higher rate of acute HCV infection and HCV-related mortality than any other racial or ethnic group, along with a higher prevalence of liver disease.

Looking Beyond the Data

Raymond is quick to point out that this data is only part of the story. He said additional societal factors are driving these disparities in HCV risk, testing and treatment.

“Research shows that poverty, homelessness, unstable housing and incarceration can amplify hepatitis C risk,” he said. “Communities of color are more likely to be affected by these issues, which in turn, reduces their chances of protecting themselves from hepatitis C and accessing the proper testing and care if exposed or infected. Add to that the difficult or frustrating experiences they may have had with the health care system in the past, and we see a convergence of factors that lead to increased rates of new and chronic infections among these groups.”

Dr. Adrienne Simmons is NVHR’s director of programs. She said communities of color face additional challenges accessing – and affording – care for hepatitis C because they are more likely to be uninsured. Even with insurance, many people face an incredibly cumbersome administrative process that requires prior authorization for treatment. Eligibility requirements vary across insurance companies and can include maintaining abstinence from controlled substances, having a certain amount of liver damage, or receiving treatment from approved specialists. The approved specialist requirement can be particularly difficult for people in marginalized communities who lack access to reliable transportation and can’t easily take work absences. 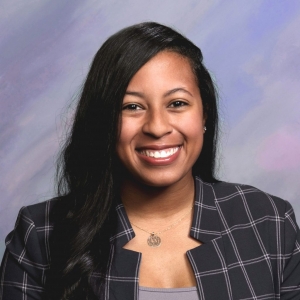 “The hepatitis C advocacy community has been pushing for years for increased access to hepatitis C treatment in state Medicaid programs,” she said. “We’ve made some good strides in this area, with 11 state programs removing prior authorization for most patients. Plus, we’ve had the Affordable Care Act, which has improved access to care for millions of people in America.”

According to Dr. Simmons, evidence of racial and ethnic disparities in hepatitis C treatment has been primarily anecdotal to-date. She hopes future research will illustrate the impact on communities of color.

Raymond suggested another factor underlying racial and ethnic disparities in hepatitis C testing and treatment: implicit bias among the provider community. He pointed to recent reports (focused on health care in general, not hepatitis C specifically) that show Black patients are more likely to be deemed negatively by providers, who perceive them as less likely to comply with treatment protocols than white patients.

Raymond worries that these concerns about potential treatment adherence may be unduly amplified among health care providers when considering initiating hepatitis C treatment for African Americans in particular.

“Certain stereotypes may get activated that are unfounded and not relevant to treatment decisions,” he said. “Even microlevel biases can reinforce some of the structural disparity factors around access and affordability to create a vicious circle.”

Scientists have not yet discovered a vaccine to prevent hepatitis C, but treatments are available, including “direct-acting” antiviral medications that can eliminate all traces of the virus in as little as eight weeks. According to the CDC, current treatments cure over 90 percent of patients with few side effects.

“The cost of these treatments has come down, but out-of-pocket costs for Medicare beneficiaries and commercially insured patients can be significant and out of reach for many,” Dr. Simmons said. “People who are uninsured may be able to access treatment at no cost through manufacturer programs.”

People with insurance can find financial assistance for hepatitis C treatments through the HealthWell Foundation. HealthWell offers a Hepatitis C Fund that provides up to $30,000 in annual medication copayment or insurance premium assistance for prescription drugs and biologics used in the treatment of the disease.

NVHR is committed to supporting health equity from both a hepatitis-specific and a broader systemic perspective, to improve the health of those living with or at risk for viral hepatitis.

As an example of their efforts, the organization is currently working with the National Alliance of State and Territorial AIDS Directors (NASTAD) and the National Association of County and City Health Officials (NACCHO) on initiatives to improve the health of people who inject drugs, with a specific focus on racial and ethnic communities that are disproportionately impacted by hepatitis B and C. NVHR will help build a coalition of health departments, community organizations, providers, patients and other partners and will provide technical assistance and training to coalition members around increasing hepatitis C awareness, prevention and testing.

NVHR will also continue advocating for hepatitis C treatment for low-income individuals, many of whom are communities of color, through its Hepatitis C: State of Medicaid Access program.

“Communities of color are a priority in terms of our advocacy, messaging and stakeholder engagement,” Dr. Simmons said. “We are a key partner in state and national efforts, and we’re encouraged by the health equity strides America continues to make in ensuring nobody is left behind in the race for viral hepatitis elimination.”