A Shot of Courage for Those Who Fear Needles

This is the first of a two-part series on what’s working to prevent and address needle fear.

But for those with needle phobia, the fear of shots can be so severe that they actively avoid medical procedures involving injections, and in extreme cases avoid medical care more generally. 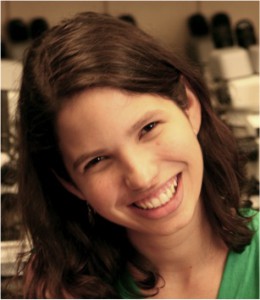 Needle phobia can arise from genetic and environmental factors, including experiencing pain during encounters with needles or seeing others uncomfortable or distressed by needles. Studies show that approximately two out of three children and one in four adults are afraid of needles, and 10 percent of adults have an outright needle phobia, characterized by avoidance behavior and physiological responses, such as increased heart rate or fainting.

The miracle of modern medicine has enabled us to protect ourselves from a range of dangerous or life-threatening diseases. In one recent study, seven to eight percent of adults and children reported avoiding potentially life-saving immunizations as a result of needle fear. Given the growth of vaccine-preventable outbreaks throughout the world (check out this interactive map), this is not only a concern for individual health but also for public health.

Fortunately, a growing cadre of empathetic health professionals is taking the prevention of needle pain, which can trigger needle fear, to the next level.

“In order to combat pain, vascular access professionals across the country are looking at creative ways to address patient pain and patients’ perception of pain,” said nursing leader and vascular access expert Lorelle Wuerz, MSN, BS, BA, RN, VA-BC. “Offering the patient options before you do any procedure is important.”

Wuerz said that she uses a variety of interventions to combat needle fear and pain in patients, including:

Needle pain prevention extends beyond traditional health care settings. For instance, after discovering that 23 percent of Americans who skipped flu vaccination did so to avoid needles, Target Pharmacy began offering micro-needle flu vaccines. The needles are 90% smaller than those that have traditionally been used and reportedly result in less muscle ache and pain immediately following injection.

“Treating needle pain reduces pain and distress and improves satisfaction with medical care,” wrote pain researcher Anna Taddio in a chapter on needle procedures in the Oxford Textbook of Paediatric Pain. “Other potential benefits include a reduction in the development of needle fear and subsequent health care avoidance behaviour.”

The 4 Ps of Needle Pain Management

In the Oxford Textbook chapter, Taddio outlined the four domains of interventions that can reduce needle pain for patients, known as the 4 Ps: procedural, pharmacological, psychological, and physical.

Many people will celebrate the day when shots are replaced with futuristic technology, such as a robotic pill or one of many other innovations currently in development.

In the meantime, what can patients do to help themselves? “A patient should never not speak up,” Wuerz said. “It’s okay to have all of the information before you make a choice.”

Stay tuned for Part II of the series, in which Dr. Amy Baxter, MD – pain researcher, CEO of MMJ Labs, and inventor of Buzzy® Drug Free Pain Relief – will outline how you can protect yourself and your family from needle pain. Dr. Baxter will appear on ABC’s Shark Tank Friday, February 28 at 9:00 pm EST.

How do you respond to needles? What works for you? Have you had a good experience with a health care professional? Post your experiences to the comments section.