Early in my pharmacy career, a hospital social worker referred to me a deaf patient. He had a reputation for being rude and belligerent to providers. After our first encounter, I was no exception. However, after looking at health care from his perspective – slow communication, unthinking providers, long waits in the clinic – I had an idea. 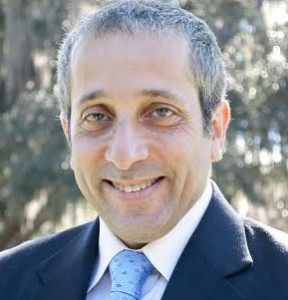 Instead of counseling him with a pad and pencil, I counseled him in front of a computer screen. I made the font larger, and we communicated in this fashion. He was ecstatic! I learned that many deaf people communicate with a device called a Telecommunications Device for the Deaf (TDD), with which they can type responses and often learn to do so rapidly. Because I accounted for his unique point of view and modified my interactions with him accordingly, our relationship changed for the better.

For a provider, cultural competency involves understanding patients’ perceptions of their role in health care. When a provider or prescriber has that insight, significant improvements can occur in therapeutic outcomes. For example, cultural competency can aid providers in preventing drug interactions by determining which complementary and alternative medicines their patients use, as well as help improve patient adherence to prescribed therapies. This is especially important in minority communities, in which the devastating effects of diabetes, hypertension, and other diseases take a disproportionate toll.

Establishing this insight takes time that busy practitioners don’t always have. Fortunately, providers increasingly rely on capable, cost-effective partners: community health workers (CHWs). CHWs work in a variety of settings, including community-based organizations, AIDS service organizations, hospitals, and clinics. They are often of the same ethnicity as many patients and live in the neighborhood; in many cases, CHWs have already developed trusting relationships with patients and may have a better understanding of the nuances of how they expect or want to be treated. CHWs are also in a position to uncover problems that patients are unwilling to share with their physicians and other health care providers.

The positive effects of CHW involvement as provider extenders are well documented. For example, at the Gateway Community Health Center in Texas, CHWs played a valuable role in improving outcomes among people with hypertension and diabetes.

A critical area that can be enhanced by community health workers is complementary medicine. St. John’s Wort is one example of an herbal folk remedy that is sometimes used and endorsed by generations of family members for the treatment of depression, but that many patients may not report to their health care providers. This is significant because St. John’s Wort should not be taken with antiretrovirals. CHWs may be more effective than those ‘wearing white coats’ in learning about use of complementary and alternative medications and, when needed, explaining the dangers of drug interactions with sensitivity and compassion.

Research continues into the benefits of employing CHWs in pharmacies. Four pharmacy school professors at the University of Florida – Folakemi Odedina, Ph.D.; Richard Segal, Ph.D.; David Angaran, MS, FCCP, FASHP and Shannon Pressey – did a pilot project to see whether a CHW paired with a single community pharmacy could uncover medication-related problems that were missed by the pharmacist alone and improve outcomes in hypertension (view this short video for more information). In an interview with Real World Health Care, Dr. Segal said they teamed a CHW with a pharmacist to work cooperatively for 11 months to enroll 30 patients with poorly controlled hypertension (>140/90 mm Hg). The CHW was able to gather information about which patients were using complementary medicines as well as the barriers people were experiencing that affected their adherence to prescribed medicines. Together, the CHW and pharmacist developed a medication action plan that was informed by the added information the CHW was able to collect from patients. While four patients were lost to follow up, the 26 remaining patients showed a significant reduction in systolic blood pressure. The pilot program is being scaled up to involve 30 CHWs with funding from the Department of Health and the CDC. Segal concluded that clinical collaboration between pharmacists and CHWs should also be used for other disease areas.

What other ways can community health workers benefit patients in addition to increasing treatment adherence and decreasing the risk of drug interactions? Share your thoughts in the comments section.