Are Patients Talking and Are Doctors Listening?

Rheumatologist Daniel J. Wallace, M.D., who has treated more than 2,000 people with lupus, holds what he calls a counseling session with each patient he diagnoses with the disease. As he writes in his book, The Lupus Book, he uses these sessions to educate patients about their illness and explain their treatment. This step, he writes, is essential to establishing a good long-term relationship with a new patient. 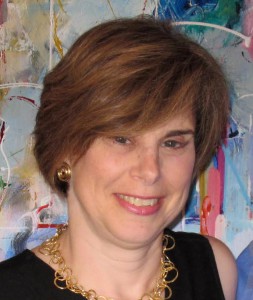 The Institute of Medicine defines patient-centeredness as “care that establishes a partnership among practitioners, patients, and their families (when appropriate) to ensure that decisions respect patients’ wants, needs, and preferences.”  The definition also includes providing patients with “the education and support they need to make decisions and participate in their own care.”

Barriers to Communication and Trust

Because patient-centered care hinges on trust between patients and their doctors, many medical societies, patient advocacy groups and health care institutions have focused on ways to build trust. Their solutions always emphasize better communication, and physicians and other members of the health care team are taught to listen carefully and empathetically to patients.

Yet barriers to good communication persist.

Findings issued in February about multiple sclerosis (MS) care, for instance, have shown that both neurologists and patients can be hesitant to discuss important issues, even those central to MS.

The State of MS Report released by the State of MS Consortium found that in the U.S. and four western European countries, 19 percent of MS patients said they were uncomfortable talking about walking problems and tremors.

With more sensitive and private issues, patients expressed even more hesitation. Concerns about sexual difficulties left 54 percent of patients reluctant to talk to their doctors. Twenty-eight percent were uneasy discussing bowel and bladder problems, and 21 percent were uncomfortable discussing cognitive or memory issues.

In the study, physicians considered time pressures a barrier to good communication. Patients agreed, but said not wanting to be labelled “difficult” by their doctors was a bigger hurdle.

Researching ways to strengthen communication between health care providers and patients is a priority of the Patient Centered Outcomes Research Institute (PCORI), which funds research on patient-centered care. PCORI is a nonprofit, non-governmental body established by Congress as a provision of the Affordable Care Act.

One PCORI-funded study is testing whether involving patients in decisions about their treatment will improve their use of prescribed drugs. According to the researchers in Boston, nearly one-third of patients don’t fill new prescriptions.

Sometimes that’s because they disagree with their doctors on the need for medicines. Some patients fear the side effects or toxicity of a drug. Some have incorrect perceptions of effective care. Others lack social or financial support needed to follow prescribed treatment.

In the study, patients and providers will consider the available scientific evidence, as well as the patient’s values and preferences, and decide together on treatment.

Dr. Wallace, the lupus specialist, acknowledged in his book that physicians may harm their relationships with patients by acting too judgmental, intimidating and hard to approach, leaving patients afraid to discuss serious issues about their treatment. Patients, too, he says, can be challenging to work with when they hesitate to trust their doctors because they are hostile, anxious or depressed beyond the level that would typically be found in someone with lupus.

He urged patients to be unafraid to state their concerns clearly and to get a second opinion if they wish, knowing this should not imperil the relationship with the doctor. His description of a good doctor-patient relationship includes open communication, mutual honesty and respect and understanding of one another’s lifestyles and limitations.

“A patient’s relationship with his or her doctor is akin to a complex commitment,” he writes. “The doctor is half of the ticket to good health, and both sides have to put up with each other’s idiosyncrasies.”

Have you ever avoided difficult discussions with your physician about your care? Tell us why and how you were able to overcome the situation in the comments below.