Macular degeneration is the leading cause of vision loss and blindness in those over 55. According to the American Macular Degeneration Foundation (AMDF), it affects more than 10 million Americans.  After the age of 75, one in three Americans is at risk of developing this incurable disease.

While the cause of age-related macular degeneration (AMD) remains unknown, multiple, interconnected factors contribute to its development, including heredity, biological processes, age and environmental/lifestyle factors. Scientists are beginning to solve the puzzle of this complex disease, thanks in part to research funded by the AMDF.

“AMDF is committed to preventing, treating and curing macular degeneration through our national research agenda,” said Jennifer Williams, director of marketing for the AMDF. “At the same time, we offer hope and support to those with AMD and their families by raising public awareness of the disease, lobbying for increased federal research funding, and providing individualized educational resources.”

AMDF takes a “broad impact” approach to the research it funds, supporting studies that significantly advance the likelihood of new treatments, unveil useable information about modifiable lifestyle factors associated with the disease, or create new opportunities to improve quality of life for all people affected by AMD.

“Minimizing the risk of developing AMD or slowing its progression requires a whole-body approach, rather than simply protecting your eyes with sunglasses,” explains Matthew Levine, AMDF Grants, Advocacy and Partnerships. “It involves creating a healthy balance between nature and nurture. While people may be born with certain genes that are associated with AMD, the extent to which those genes come into play is impacted by our environment and controllable behavior, including what we eat, how much we exercise, and whether or not we smoke.”

According to Levine, the current standard of care for treating wet AMD (the late-stage form of the disease that produces sudden, irreversible vision loss) is a routine, often monthly, injection of anti-VEGF (vascular endothelial growth factor) therapy into the eye, which suppresses the development of leaky, “rogue” blood vessels that can cause permanent damage to the eye’s rods and cones. Some patients find it difficult to adhere to the monthly injection schedule, and a significant percentage of patients don’t seem to respond to the therapy.

“Anti-VEGF therapy is currently considered the ‘last line of defense,’ and as a patient, it can be devastating to find out that you’re not responding to treatment as hoped,” said Levine. “However, recent research suggests that the ‘non-responders’ to anti-VEGF therapy aren’t really non-responders at all. Instead, these patients are responding earlier, and the drug is active for a shorter duration.  A different, individualized treatment plan for this group of AMD patients may save the sight millions of people.  This is an example of the type of broad impact research that AMDF seeks to support, and that may ultimately lead to a new understanding of how individualized this disease may be.” 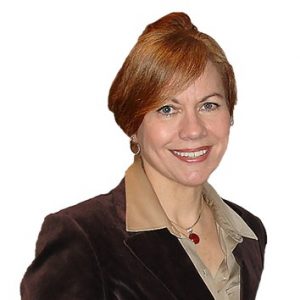 Researchers are continuing to identify and study the role of genes that are associated with degenerative diseases of the retina. The AMDF has funded a number of research projects in this area, notably the work of Johanna Seddon, MD, ScM, Department of Ophthalmology & Visual Sciences, University of Massachusetts Medical School, whose ground-breaking findings of AMD-related genes and their interactions with environmental factors (nutrition, smoking, body mass, etc.) have formed the basis for today’s early AMD management. Dr. Seddon is also co-author of AMDF’s “Eat Right for Your Sight,” a science-based cookbook for healthy eating to preserve vision.

Another AMDF-supported researcher, Neena Haider, PhD, Associate Professor of Ophthalmology at Harvard Medical School and Associate Scientist with the Schepens Eye Research Institute, has also broken new ground. Her work has resulted in the first FDA approval of a gene “modifier” therapy that doesn’t rely on knowing and replacing the exact genetic mutation involved in a disease, but rather the gene that controls the entire cascade of biological events that leads to the diseased state. 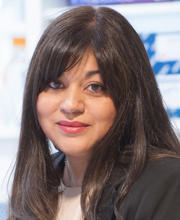 “Macular degeneration is different from many other diseases because multiple genes seem to play a role in the disease’s development,” said Dr. Haider. “In fact, we’re still trying to understand which genes, out of about 2,000, cause AMD and how those genes can be modified to prevent AMD.  By modulating a gene that controls the pathways for inflammation, oxidative stress and protection from cell death, we can restore cells to their healthy state and prevent disease.”

Levine noted that gene modifier therapies and other, new treatment approaches may prove to be particularly valuable when AMD is caught early, before the development of waste deposits beneath the retina, known as drusen, which are currently considered the earliest indicators of AMD. Recent research has established that the earliest indicator of AMD is the inability to quickly adapt to dark environments, as when entering a darkened theater on a bright day. Most people’s eyes adapt fairly quickly, but in those with AMD, the adaptation period is quite prolonged, making it difficult, for instance, to drive at night against oncoming headlights followed by a stretch of unlit road.

“Testing for compromised dark adaptation can detect AMD up to three years before the appearance of drusen, before patients experience any changes in their field of vision and central sight, and can allow patients to start making healthy lifestyle choices,” said Levine. “As with any progressive disorder, early detection and intervention can slow progression and, in the case of AMD, preserve sight.”

The AMDF also is supporting Dr. Haider’s work in two other areas. One focuses on developing retina organoids —retina cell groupings grown from an individual patient’s blood or skin cells that are then turned into stem cells. These “retinas in a dish” will be used to test personalized medicine therapies with both FDA-approved and novel agents. The other area of research focuses on uncovering relevant “signatures” of patients’ microbiomes — the collection of microorganisms that inhabit our bodies and play a significant role in disease.

“The microbiome is unique to both individuals and sub-populations and is something you can change with diet and lifestyle choices,” Dr. Haider explained. “It’s another good example of how we can approach, attenuate and treat a disease by focusing on both our genetics, or nature, and our environment, or nurture.” 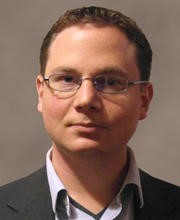 The AMDF also is supporting research into the role of the immune system in regulating AMD, through grantee Kip Connor, PhD, Associate Professor of Ophthalmology at Harvard Medical School and Associate Scientist at Massachusetts Eye and Ear. According to Dr. Connor, the body’s immune system is vital not only in staving off infection, but also in helping clear our own body’s cells that have been damaged due to stress or injury.

“This is especially important in the brain, of which our retina is a part,” he explained. “If a retinal neuronal cell dies, we cannot make more, so when these cells become injured our immune system has to carefully remove them so they don’t injure their neighboring cells. Once we lose a neuron, we cannot replace it like other cells in our body, so keeping these cells around as long as possible is vital to maintaining our vision.”

Dr. Connor added that as we age, these immune regulatory systems can become dysfunctional or overactive, which drives the disease pathology and the resultant loss of vision. He pointed to a number of immune pathways that are being investigated in the pathology of AMD, including one of the oldest evolutionally conserved immune pathways, the Complement system. The Complement system has been implicated as a risk factor for AMD, with a 50 percent increased risk of developing the disease in individuals with a mutated form of one of the proteins in the pathway. More recently, the role of resident immune system scavenger cells of the retina, microglia, has become an area of intense investigation, including how these cells become activated — and when — throughout the disease course.

Stem Cell Treatments for AMD and Beyond

According to Levine, AMDF-supported scientists and others are developing stem cell replacement therapies for the retinal pigment epithelium (RPE), the tissue behind the retina that provides the retina with nutrition and removes debris generated by the eyes’ photoreceptor cells. Patient-derived, lab-grown RPE cells are placed into a biologically based “scaffolding” that is surgically implanted behind the retina to create and maintain a better environment for the photoreceptor cells.  Recently, the National Eye Institute (NEI) announced the first human clinical trial to test the safety of this approach to treat geographic atrophy, the advanced “dry” form of AMD.

For people with low vision from AMD, artificial retinas may offer hope as well. The artificial retina is a tiny camera and video processor mounted on a pair of glasses, which communicates wirelessly with a sheet of electrodes implanted in the eye. The camera collects light signals and transmits them through the electrodes to the brain, bypassing the damaged retina. The more electrodes, the better the technology works.

From the Lab to the Clinic

While the AMDF’s funding of AMD research is leading to real gains in approved treatments, the Foundation’s Williams noted that an AMD diagnosis is still overwhelming for most patients.

“We’ve conducted surveys about communications between patients and doctors and have found that information about treatments — and especially the important lifestyle modifications that can slow the disease’s progress — isn’t always delivered or received,” she concluded. “Sometimes the advice to eat well, get exercise, wear eye protection and not smoke seems so simplistic that people ignore it, and the disease progresses. The AMDF is developing initiatives to improve treatment outcomes by overcoming those communications obstacles.”