For the next several weeks, Real World Health Care will take a brief hiatus as we re-publish some of our most popular interviews on oncology-related topics.

The editors of Real World Health Care, along with our sponsor, the HealthWell Foundation, understand that cancer takes a huge toll on patients, their families and loved ones. About 1.6 million new cases of cancer were diagnosed in the United States last year, and nearly 600,000 people died from the disease.

Real World Health Care is pleased to shine a spotlight again on the researchers, clinicians and organizations dedicated to the future of cancer care. We also are proud of the work being done by the HealthWell Foundation, which provides a financial lifeline to underinsured Americans through grants for cancer patients across a variety of funds, such as multiple myeloma, bone metastases, and chronic myeloid leukemia for Medicare patients, to help them afford the medical treatments they so desperately need.

Here, Rappaport shares insights on how the American Lung Association supports research for NSCLC and other types of lung cancer.

Real World Health Care: How does the American Lung Association fund, or acquire funding, for the research it supports? 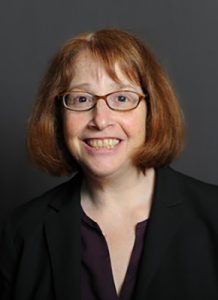 Susan Rappaport: The American Lung Association has been funding research for more than 100 years. We receive our support through public donations, including our annual Christmas Seals® campaign, Fight for Air Climbs and LUNG FORCE Walks. We have a long history of connecting with people and communities in support of lung health.

Our organization was founded in response to tuberculosis — the most feared disease at that time. Now, with tuberculosis largely controlled in the United States, we have turned our sights toward defeating lung cancer and working toward a world free of lung disease.

RWHC: How does the Lung Association determine what research it supports, either through direct funding or through its advocacy work?

SR: It is important to the Lung Association that we fund the best projects available on a host of lung disease issues. We solicit grant applications each year, and successful applicants are identified through a scientific peer review committee system modeled on the one used by the National Institutes of Health (NIH). These peer review committees are comprised of accomplished and diverse researchers with the necessary expertise to review and assess each proposal. Proposals are funded based on the results of this process, ensuring that we only fund those applications considered of the highest quality, and with the best chance to advance our understanding of diseases, improving patient care and ultimately saving lives.

We know our chances of significant improvement in patient lives and of finding a cure increase when we work together. That’s why we collaborate with other organizations and advocate for increased research funding at NIH.

RWHC: What is the Lung Association currently doing to promote and/or fund research into NSLC? What are your priorities in this area?

SR: Our overall priority is to fund the best research that has the greatest chance of a scientific breakthrough and making a difference in patient care and quality of life. With increased funds available to lung cancer researchers, we attract and retain brilliant, motivated investigators to the field.

As NSCLC accounts for 85 percent of all lung cancer cases, many of the proposed projects do focus on this specific issue. However, the nature of scientific discovery has shown us that answers from one area of research can also work more broadly. Areas that drive our lung cancer research — all of which can address NSCLC — include:

RWHC: What are the biggest challenges in NSCLC research and how is the Lung Association working to overcome them?

SR: Among our biggest challenges is to be able to fund all the qualified research applications we receive. Each year, we turn away qualified researchers and projects due to the limited availability of funds. LUNG FORCE seeks to raise additional funds for lung cancer research and raise awareness about lung cancer as the leading cause of cancer deaths. Again, we strive to overcome gaps in funding by leveraging our resources, collaborating with other organizations and advocating for increased federal funding for lung cancer research.

RWHC: What would you say have been the most important advances in NSCLC treatment over the past 10 years?

SR: Scientists have discovered somatic mutations — called “driver mutations” — that drive the development of lung cancer. These discoveries, made over the past decade, have transformed how to identify and treat the disease. Now, lung and other tumors can be tested for these mutations.

There are now specific therapies that can address those genetic changes that keep the cancer cell growing. These therapies target the mutations in different ways, are more specific and have fewer side effects. These advances in precision medicine have led to lifesaving discoveries and treatments.

Another sea change in lung cancer treatment is immunotherapy. Cancer cells have found ways to keep the immune system from identifying and destroying them, as they do for infectious invaders. Immunotherapy medicines work to activate a person’s own immune system to recognize and kill cancer cells. So far, immunotherapy has only been approved to treat some forms of NSCLC. Currently, only a minority of patients respond to immunotherapy. However, a large proportion of those who do respond have improved survival.

RWHC: What do you think will be the next biggest advance in NSCLC treatment in the near future?

SR: Our scientific advisors believe that the Lung Association should invest in the following areas, which they identified as having the potential for the most important breakthroughs — all of which can apply to NSCLC:

SR: This award will address all types of lung cancer. To better understand the impact of lung cancer in women, the American Lung Association has created a new research award to examine gender differences in lung cancer. Sharad Goyal, M.D., is the first-ever recipient of the LUNG FORCE Research Innovation Project: Lung Cancer in Women Award.

Dr. Goyal’s project focuses on ionized radiation exposure during common cardiology procedures and how that affects the risk of developing lung cancer for women. The project leverages two large population-based data sets that include both cancer and cardiac information. Through analyses of these data sets, Dr. Goyal will evaluate the factors influencing the relative risk of developing lung cancer in a diverse group of people after this type of radiation exposure. This has not been previously studied, and it will take two to three years to complete the analysis.