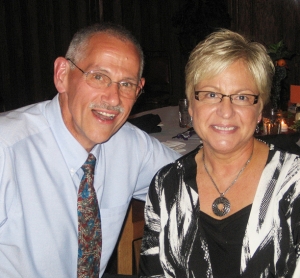 “During my regular six month general wellness check with my primary physician (September, 2017), the labs that preceded that check-up showed some irregularities.  My liver enzymes were sky high.  I participate in a patient portal from my doctor’s office so I saw the lab results before I saw him.

Yes, we enjoy our wine with dinner and sometimes a ‘happy hour’ drink, so I immediately thought I had been drinking too much alcohol.  When I went to the doctor, I told him I wanted to abstain from alcohol for a period of time and have the labs redone.  Five weeks later the liver enzymes were even higher.  I had not consumed a drop of alcohol during those five weeks.

My doctor ran some other labs and it showed a diagnosis of Hepatitis C virus.  Yes, I’ve seen the commercials and I am clearly a ‘baby boomer’.  I was born in 1947.  I’m sure a lot of people would say this but I honestly never used intravenous narcotics, I have never received a transfusion or had any transplant surgery.  I don’t recall ever being in any blood to blood risky situation.  My primary doctor and the GI (Gastro-Intestinal) specialist both told me that is often the case.  We just don’t know when or how.  But!  There it was (I love using the past tense!).

I had an ultrasound and fortunately, through the great work of my doctor, it was early enough that there was no organ damage.

I made an appointment with the GI specialist and the process began.

I was assured that with a new medicine, the cure rate with one pill per day was 96%-99%.  The treatment consisted of three months of the one pill per day.  It could cause some side effects, but I had none.  There are many caveats about consistency issues, etc. and possible other interactions and I followed them faithfully.  Twelve weeks later, labs showed no HCV detected.  I had to wait another three months to be sure.  I was released from treatment because I was cured.

So, where does HealthWell come in?  The twelve week treatment cost would have been over $70,000.  For a fixed income person and a retired educator, it was absolutely prohibitive.  The staff at the specialist’s office intervened with my insurance plan (a Plan D I have with a Medicare supplement), it would have brought the cost down to around $12,000.  That was still a very difficult thing for us.  Along came HealthWell, working with the pharmacy involved, and a grant from them reduced my personal copay to $0!

I gratefully and sincerely consider the Foundation part of my lifesaving cure.  I will be forever grateful to them.”