What Happens When an Investigational Drug Cures Some Patients, but not Most? 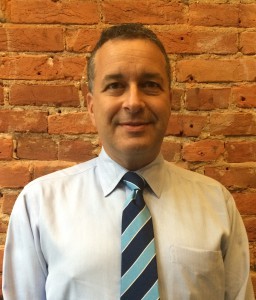 To date, 179,158 clinical studies have been registered on ClinicalTrials.gov. Though the majority of these trials result in unsuccessful attempts to bring a drug to market, an untold number of lives have been saved or extended as a result of the successes.

But how many lives were saved by drugs that did not meet their clinical endpoint? Recently, the attention of the medical community has been drawn to “exceptional responders.” These are patients who, contrary to expectation, respond extremely well to drugs that are not found to be effective (or even safe) for use in the general patient population studied in a clinical trial.  The study doesn’t meet its endpoints, but a small number of patients thrive.

With the advent of relatively cheap and easy genetic sequencing, researchers are beginning to better understand why exceptional responders do so well on drugs that have little to no benefit for most patients.

In one case, featured recently in an article in The New York Times, a patient has been living four years with a cancer she was told was untreatable, because she responded well to an experimental drug. Of the seven people given the drug, she was the only one who responded. Sequencing her tumor’s genes, the researchers were able to determine that her response was due to the natural presence of a protein that her cancer needed in order to grow.  The experimental drug stops the production of the same protein. Doctors and researchers have been perplexed by these types of cases for years, yet have only recently been able to examine why this is occurring. Researchers at the National Cancer Institute have begun a study to “understand the molecular underpinnings of exceptional responses to treatment.”

Regardless of the science behind it, there is a very real, ethical dilemma raised by the existence of these exceptional responders. If the drug does not get approved, and especially if the company producing the drug  loses investors and goes out of business because the drug trial didn’t meet its endpoints, exceptional responders will have no way of accessing a treatment that could well save their lives just because of an anomalous genetic makeup. There is nothing in place to guarantee that these patients will be able to access their treatments, even if there are no other alternatives.

According to Wayne Pines, President of Regulatory Services and Healthcare at APCO Worldwide and former Associate Commissioner for Public Affairs at the FDA, however, this issue is not so clear-cut.

“There are a lot of factors that go into a decision as to what an individual patient should do.  Each decision has to be individual,” he said. “We must also take into account the fact that clinical trials are essential to determine if a new drug works and is safe, and there are limits to how much of an experimental product can be produced.”

All of this would seem to indicate that a blanketing policy for dealing with individual patients is not where we have to focus. The presence of the exceptional responder makes it difficult to determine a drug’s efficacy, especially when researchers cannot explain the patient’s response.

“If reasonable endpoints have not been met, then the question is whether the drug has the potential to work,” Mr. Pines said. “Again, this is a decision that has to be made on specific facts, not on the basis of a set policy. A general one size fits all answer to these kinds of questions does not work.”

Ultimately, more research must be done on these cases before making decisions about how to deal with them. With recent advances in molecular testing, hopefully the day is near when we can understand what causes a patient to respond exceptionally, and where to go from there.

What do you think? Should there be policies set in place to protect these patients? If not, how can we ensure that patients can access the drugs they need, when they need them? Let us know in the comment section.