Alex Defio did not feel sick on the day he was told he was going to die.

A construction worker and amateur poker player, he considered himself a generally healthy individual. On this day, however, Alex was being dealt a hand that no one should ever have to play; he was diagnosed with stage IV stomach and liver cancer. It was terminal. 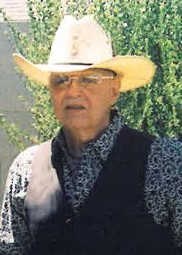 Alex remembers the doctor advising him – coldly – to return home and seek hospice care for the remaining months he had to live. “It knocked me out. I couldn’t believe anyone was talking to me that way,” Alex recalled. “When you know you’re going to die, when someone tells you the time of death, that is very scary.”

Like many cancer patients, Alex felt fine until he began chemotherapy. Bed-ridden for months, he could no longer work. Although he had been receiving financial assistance from his home state of Arizona, the budget for his program was soon cut.

Alex was able to access social security, but it did not cover everything. He watched his money run out knowing that he would be unable to cover his medical expenses. He tried turning to non-profits and charities, but to no avail. “I’d spent most of my life donating to various [charities] and organizations, but when I went looking for help, everyone told me that I had such a rare cancer that nobody collects money for it,” Alex said. “Every place I went – and I went everywhere – could not give me any help.”

After two years struggling to put what little money he had toward his medical expenses, Alex sought help from his oncologist, Dr. Rakkar.

Dr. Rakkar introduced him to the HealthWell Foundation, a nationwide non-profit providing financial assistance to insured patients who still struggle to afford the medications they need (and sponsor of this blog). Through HealthWell, Alex was finally able to get the help he needed.

Since then, Alex has continued his treatment, which is restricted to chemotherapy. He knows he has not been cured and that surgery is not an option, but he has lived past his original prognosis and is grateful for every day he has.

Alex has continued to give to others and has donated to HealthWell. “I know that after I’m gone, there are still people who are going to need you,” Alex said. “The people that you help – and I’m speaking for people I don’t even know – if they’re cancer patients like me, you’re saving their lives.”

“I try to give back what little I have and hope it helps,” Alex added. “I will never be able to give enough for the help that HealthWell has given me. I am just so thankful you are there for us.”

And we are thankful for you too, Alex. During this Men’s Health/Cancer Awareness Month, we are honored to share Alex’s story and generosity.

How has cancer touched your life? Share your story in the comments section. For more information about seeking assistance from HealthWell, visit www.HealthWellFoundation.org.