If Uber can Deliver Flu Shots, Could Drones Deliver Medications? 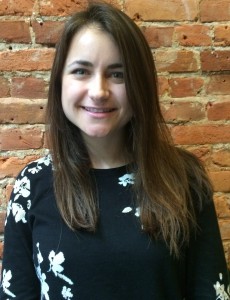 Last Thursday, Uber test ran a new concept that added wellness to its mission of evolving the way the world moves. Along with making cities more accessible, Uber made health care more accessible with flu shot deliveries. Currently, we know of no other companies delivering vaccines upon request like Uber, but we do know of a few other health care delivery services in the works, and some of the more exciting services include drones.

DHL has been researching delivery of health care with drones they’re calling “parcelcopters.” While Amazon Prime Air has been working on delivering products via drone, DHL is testing the system with medications specifically. As a part of a month long test run that began in September, they have been delivering medications via unmanned aircraft from a coastal town in Germany to the small island of Juist, about seven and a half miles away. The only restriction thus far has been the inability to send medications that need to be refrigerated. DHL is still early in the product testing process, but they are hopeful that this can be a way to deliver medications to those who live in rural areas, or are unable to get to pharmacies.

While delivering mediations via drone sounds like an optimal solution that could provide quick health care to people in hard to reach places, some ethical questions arise. Could personal identifying information be at risk if these parcelcopters crash? A DHL spokeswoman says that the drones will not fly in the same altitudes as conventional aircrafts, and also avoid this possible breach of privacy by avoiding flying over homes.

Time magazine quickly refuted another common fear that drone delivery will increase air pollution, claiming that it can be greener than traditional forms of pick up and deliveries.

Time reporter Bryan Walsh says that delivery services are “a lot more efficient at delivering products to you than you are at driving out and buying them yourself,” and drones are no exception.

Following in Amazon Prime Air’s path, FedEx has been researching drone delivery, but they want to find a specific niche. They have not named their interests yet, but why not consider medication delivery? Over the summer, Google announced that they have been researching drone delivery in the Australian outback, where they successfully delivered first aid kits to rural farmers. Both companies are in the developing stage, but once finished this could be a promising new technology that improves health care accessibility.

American companies will have a more difficult time than DHL in Germany because the Federal Aviation Administration bans the use of unmanned aircrafts to deliver commercial products. Amazon says that as soon as the FAA has the proper regulations in place, it will begin delivering products via drone. Maybe after that, an American drone delivery service will claim medication delivery as their niche.

How would you feel about drones delivering your medications? Do you think these nontraditional methods of health care delivery will gain acceptance and popularity in the future? Tell us what you think in the comments section!